Today on Soundtrack Alley, you’ll hear brand new material from one of Sam Raimi’s early films known as Darkman. This is a unique film considering it isn’t based on any comic book properties and is its own story. It stars Liam Neeson and he is thrown into an unusual world. You’ll hear on the show about the background on the film as well as the amazing score by Danny Elfman.

Email me at soundtrackalley @ gmail .com 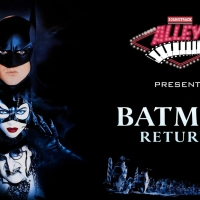