This is one of the few Miyazaki films that touched my heart in many ways. It holds a special place in my heart. After my wife and I were married we watched this film together and love it til today. Joe Hisaishi composed the score for the film and did an amazing job with it.

What is the plot of this wonderful animated feature?

Here we go…A princess learns the truth about a toxic forest and battles an evil ruler’s plans to destroy it.

That is the short version, the animated film was so much more. The voice actors included Alison Lohman, Patrick Stewart, Mark Hamill, Shai LaBouf, and Uma Thurman. It changed a lot of things for animation to come into its own and gave us a genre of Anime that is revered and appreciated.

Here is the Amazon link for the soundtrack.

Here is the ITunes link for the soundtrack.

Do you want some clips for the score?

Nausicaa of the Valley of the Wind

Legend of the Wind

The Battle between Mehve and Corvette

Well that’s it for this week. Next week The Last Starfighter. See you then!

One thought on “Nausicaa of the Valley of the Wind” 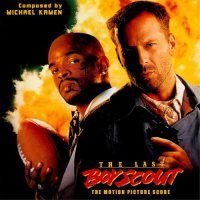