“Ray, people will come Ray. They’ll come to Iowa for reasons they can’t even fathom. They’ll turn up your driveway not knowing for sure why they’re doing it. They’ll arrive at your door as innocent as children, longing for the past. Of course, we won’t mind if you look around, you’ll say. It’s only $20 per person. They’ll pass over the money without even thinking about it: for it is money they have and peace they lack. And they’ll walk out to the bleachers; sit in shirtsleeves on a perfect afternoon. They’ll find they have reserved seats somewhere along one of the baselines, where they sat when they were children and cheered their heroes. And they’ll watch the game and it’ll be as if they dipped themselves in magic waters. The memories will be so thick they’ll have to brush them away from their faces. People will come Ray. The one constant through all the years, Ray, has been baseball. America has rolled by like an army of steamrollers. It has been erased like a blackboard, rebuilt and erased again. But baseball has marked the time. This field, this game: it’s a part of our past, Ray. It reminds of us of all that once was good and it could be again. Oh… people will come Ray. People will most definitely come,” Terrance Mann said.

I love a good baseball movie. This one is of memories, dreams and harsh realities that try to weasel their way into our lives. Kevin Costner is great in this movie as well as James Earl Jones. The cast is pretty large considering a lot of the characters are playing old baseball stars.

I feel that everyone should see this film for what it is. Its a dreaming movie about looking back on the past and seeing what is great!

Here is the basic plot…When Iowa farmer Ray (Kevin Costner) hears a mysterious voice one night in his cornfield saying “If you build it, he will come,” he feels the need to act. Despite taunts of lunacy, Ray builds a baseball diamond on his land, supported by his wife, Annie (Amy Madigan). Afterward, the ghosts of great players start emerging from the crops to play ball, led by “Shoeless” Joe Jackson. But, as Ray learns, this field of dreams is about much more than bringing former baseball greats out to play.

The film’s cast include of course Kevin Costner, Amy Madigan, James Earl Jones, Ray Loita, and Burt Lancaster. The movie was directed by Phil Adan Robinson and the score was done by the late James Horner.

The Place Where Dreams Come True

Well that is all this week, hope you enjoyed it, See you next week when I bring you Indiana Jones and the Last Crusade! Happy Listening! 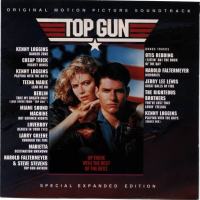 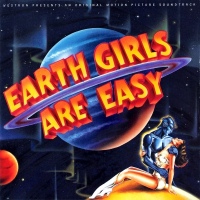