A look at young love in amongst tragedy in life and further on. This film is a wonderful movie showing that life isn’t always happy, but you find that happiness when associated with other people around you.

The film was directed by Howard Zieff and the film score was composed by James Newton Howard. As I’ve said before the film is brilliant and James score hightens the emotional connection between the characters.

Here is the basic plot…My Girl is a 1991 American comedy-drama film directed by Howard Zieff and written by Laurice Elehwany. The film, starring Macaulay Culkin and Anna Chlumsky in her feature film debut, depicts the coming-of-age of a young girl who faces many different emotional highs and lows.

You can find the fantastic score on Amazon.

My Girl – The Temptations

Well that’s all for this week, Stay tuned for next week when I bring you Star Trek VI: The Undiscovered Country! Happy Listening! 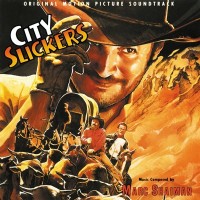