Today on Soundtrack Alley Spotlight, I’ll be highlighting Ghost in the Shell from 1995, 12 Monkeys, Waterworld, Independence Day, Mars Attacks, and Star Trek First Contact. I’ll bring you more as the weeks move along and the summer starts to come to a close.

Through the world of Science Fiction there are other realms of reality. As has been brought out before, there are animated films not made for children that are hard core science fiction films. One of these stand alone movies that spawned two sequels, three spin-off series and three or four video games is Ghost in the Shell. The original graphic novel was written and illustrated by Masamune Shirow and changed the course of animation for the Japanese world as well as the film world. Many people looked to Japan for cutting edge technology and animated effects. Ghost in the Shell was a blending of man with machine, creating augmentation through the human mind and creating full cybernetic implants into the brain. The story is complex and at times was a bit rough around the edges. It was brilliant though, and it was a precursor for the film we know as The Matrix. Kenji Kewai did the film score for this anime and it was released in US theaters to the masses. It was a complete success. Many people wanted sequels and action figures and more stories from the same creator. This was a leap for science fiction in film for it’s blending of animation and computer graphics, pushing the envelope even farther.

Science Fiction keeps pushing forward with films like this and there were other films after this that created ever greater strides in not only film music but the science fiction world.

Our next inclusion into our history on science fiction in film is with the Terry Gilliam film 12 Monkeys. It’s about a virus that infects all humanity and it’s up to one gentleman from the future to go back  in time and find out why it happened and try to stop it. There are bits of madness and chaos that ensues in the film. This is another film that pushed boundaries not for technology in filming but with the story telling once again. The story and the characters have depth and there are internal struggles with what needs to be accomplished. There are questions asked of “if one can travel to the past, should one change the future?” There are more among this one that lead to changes in thinking toward science fiction.

Paul Buckmaster really brought out the crazy in this film that Terry Gilliam is known to produce interesting dystopian programming. Our next film I’d like to discuss is Waterworld. It is another dystopian future movie, and it’s science fiction. Picture it as Mad Max on the ocean.

Kevin Costner not only starred in this film, but helped bring it to the screen. It was a very expensive production and some people feel it is a horrible film. Grrr…I am not one of those people, I really like this film for it’s production value and giving us the questions of what would happen if the polar icecaps melted? What would happen to society? How is the world today damaging the planet to where it could be an inevitability? Wow so many questions are asked. There are more that you could probably think of. If so, email me at soundtrackalley@gmail.com. I’d love to hear from you all.

Now in this case, this doesn’t further science fiction’s progression through the world of film. Yes, it’s an amazing film and beautiful in its cinematography, however, there are not many moves forward for gripping the audience with even far greater questions.

Maybe we should be moving forward with yet another excellent film. Now we’ve discussed one film from Roland Emmerich, here is another that pushed the boundaries of technology and massively large spaceships and giant invasion forces. Aliens and humans battling it out for the cause of humanity. Independance Day rolled out and people began to ask those questions again “Are we alone in the universe? Are there others like us? Do all aliens want to seek out our destruction?” It may seem that those questions could be answered but many are left unanswered for humanity to answer them through lore and other mythology or even comedy. The same year arrived Mars Attacks! a film that spoofed classic 1950’s science fiction films and it was a dark comedy brought to life on the big screen. Did it improve technology? Yes, the alien death rays gave us the great computer technology to see the human skeleton, to see a man’s head on a dogs body, or a woman’s head on a dogs body. These were different things that continued through that film and as it was a dark comedy, we had some great cameo appearances by different actors.

The popular movies were invaded by films set around alien invasions in the latter 90’s with films like The Arrival, Crossworlds, Screamers, Species, Nemesis 2, 3, 4, Omega Doom and so many more. Among these little known movies, we get a superb film in the Star Trek franchise. Star Trek First Contact which was directed by Jonathan Frakes and the film is a continuation of the ongoing adventures of the Enterprise E with John Luc Picard in the lead role, going up against the invading Borg who want to enslave Earth, converting all humans to Borg. This was during the time of First Contact when the Vulcans would meet with humans for the first time. It was a character study for some of the film, it was examining the ingenuity of humanity to reach for the stars and asking further questions of Are we alone in the universe? I love this film for its inclusion into science fiction.

And Check out these great soundtracks through the links from Amazon…

Until next time Happy Listening!

One thought on “Soundtrack Alley Spotlight 30: The History of Sci-Fi in Film Part 8” 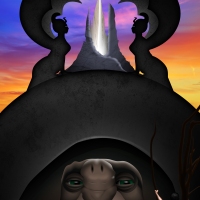