Engineer: Is this a holdup?

Doc: It’s a science experiment! Stop the train just before you hit the switch track up ahead!

The third installment of the Back To the Future franchise takes us into the old west, where we find Doc Brown at it again, facing off with the likes of Buford “Mad Dog” Tannon. We get adventure, romance, science fiction and fantasy all rolled into one movie!

This movie is great and so is the music! Alan Silvestri once again came back to do the music for this film.

The movie was directed by Robert Zemeckis and it really does take us on a journey.

Here is the basic plot…In this final chapter, Marty McFly (Michael J. Fox) obtains a 70-year-old message from the time-traveling Dr. Emmett Brown (Christopher Lloyd), in which he informs Marty that he has retired to a small town in the Old West. Marty then finds out that the Doc was murdered shortly after sending the letter. In order to save his friend, Marty will have to travel back in time, disentangle a lovestruck Doc from a local schoolmarm, and repair the DeLorean — all while avoiding a posse of gunslingers.

Well that’s all for today, hope you enjoyed it.

Join me next week as I bring you Darkman. Until then Happy Listening!

3 thoughts on “Back to the Future III” 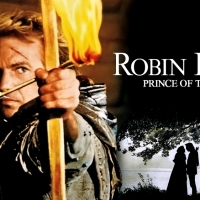