Have you watched Pacific Rim Black on Netflix? That is where Pacific Rim should have began. As animation they get so much right and you actually get to see the main details on the creatures. In the film Pacific Rim everything is so very dark, it’s hard to distinguish the light from the dark. Still, Pacific Rim was one of those films that I purchased the score to before ever seeing any footage from the actual film. I enjoyed the score so much that when the film actually was seen by myself, I loved it and enjoyed the film even more because of what the score brought to the screen. Yes, there were loud sound effects, but it did not detract from the amazing score by RAMIN DJAWADI. So here now, today, you can listen to my episode I did about the film and its adventurous score by well known composer RAMIN DJAWADI. 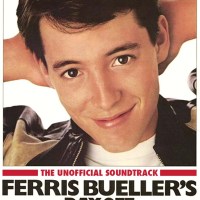