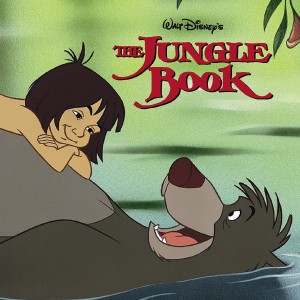 “So just try and… relax. Yeah. Cool it. Fall apart in my backyard. ‘Cause let me tell you something, little britches: if you act like that bee at… Uh-uh. You’re working too hard. And don’t spend your time lookin’ around for something you want that can’t be found…”

Ah the memorable songs of The Disney Jungle Book gives me repeated memories of my childhood. Growing up listening to the soundtrack, watching the movie on VHS and seeing Tale Spin come out with similar characters from the Original Movie.

Disney once again took a children’s classic and formed it into an entertaining peice with memorable songs and lovable characters. The cartoon was directed by Wolfgang Weitherman and the music was a variety of different singers. The Main Score was done by George Bruns who also did Robin Hood.

What is the plot of The Jungle Book, Well I’ll tell ya, its like this…In this classic Walt Disney animation based on Rudyard Kipling’s book, Mowgli, an abandoned child raised by wolves, has his peaceful existence threatened by the return of the man-eating tiger Shere Khan (George Sanders). Facing certain death, Mowgli must overcome his reluctance to leave his wolf family and return to the “man village.” But he is not alone on his quest: Aided by Bagheera the panther, and later by the carefree bear Balloo (Phil Harris), he braves the jungle’s many perils.

Would you care for a few clips?

Well that’s all for today, Hope you enjoyed it, See you Thursday for my thoughts on The Martian! Happy Listening!

One thought on “The Jungle Book: Disney Animated!” 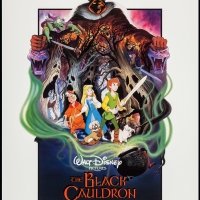