“There’s something out there waiting for us, and it ain’t no man. We’re all gonna die.” Billy said.

This was one of those one man army movies of the 80’s. Arnold Schwarzenegger starred in the movie and the “Predator” was John Claude Van Damme.

Here is the basic plot…Dutch (Arnold Schwarzenegger), a soldier of fortune, is hired by the U.S. government to secretly rescue a group of politicians trapped in Guatemala. But when Dutch and his team, which includes weapons expert Blain (Jesse Ventura) and CIA agent George (Carl Weathers), land in Central America, something is gravely wrong. After finding a string of dead bodies, the crew discovers they are being hunted by a brutal creature with superhuman strength and the ability to disappear into its surroundings.

The movie was directed by John Mctiernan who had also directed Die Hard, The Hunt for Red October, Last Action Hero, Die Hard: With a Vengence and The 13th Warrior.

Its a hunted or hunter movie about an alien who comes upon New York later on. Also there are more movies in the series.

The soundtrack was done by Alan Silvestri

That’s all for today. Enjoy my post this week and see you next week for The Princess Bride. Happy Listening! 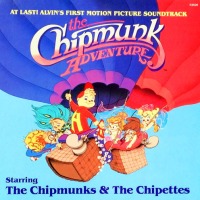