“This city’s got a beat, and you gotta hook into it. And once you get the beat, you can do anything,” Dodger said.

This colorful cartoon is a pleasant adaptation of the Charles Dickens classic, Oliver Twist.

I’ve always enjoyed this really fun tale. Having singing dogs in a movie is wonderful.

I love the soundtrack, and Disney does it again with lovable characters.

Here is the basic plot…In this animated update of the classic “Oliver Twist” tale, Oliver (Joey Lawrence) is an orphaned kitten taken in by a gang of thieving dogs, led by cavalier canine Dodger (Billy Joel) and owned by down-and-out pickpocket Fagin (Dom DeLuise). While pulling a job in the streets of New York City, Oliver winds up being adopted by a rich girl, Jenny (Natalie Gregory), and landing on easy street. But through a series of events, a loan shark (Robert Loggia) threatens the peaceful new arrangement.

The soundtrack isn’t available on ITunes but its always good to get on CD.

Here are a few clips for your enjoyment!

Why Should I Worry – Billy Joel

Well that’s all for this week. Next week Phantasm II. See you in a week and Happy Listening!

One thought on “Oliver and Company” 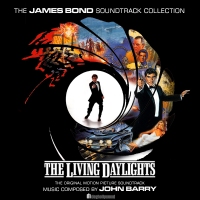