Little John: You know somethin’, Robin. I was just wonderin’, are we good guys or bad guys? You know, I mean, uh? Our robbin’ the rich to feed the poor.

Robin Hood: Rob? Tsk tsk tsk. That’s a naughty word. We never rob. We just sort of borrow a bit from those who can afford it.

Little John: Borrow? Boy, are we in debt.

I absolutely love this movie! I don’t care that it’s animated or not. You have fun characters, A fox that is perfect as being sneaky and can run fast to get away. Robin Hood is a classic story, one that is told time and time again. Each iteration is different from the last. This one however, will always be timeless because of the simplicity and fun that you get from it.

What is the plot of the animated version of this movie? Here it is…An amiable rooster called Alan-a-Dale (Roger Miller) tells stories and sings songs of the heroic Robin Hood (Brian Bedford) and his trusty sidekick, Little John (Phil Harris), in this animated animal-themed adaptation of the legendary story. When evil Prince John (Peter Ustinov) deputizes the Sheriff of Nottingham (Pat Buttram) to collect unreasonable taxes from the animals of Sherwood Forest, Robin, Little John and the other merry men wage a lighthearted battle against their evil foes.

The movie was directed by Wolfgang Reitherman, who was known for The Jungle Book, 101 Dalmations, and of course Robin Hood. I love the music to this movie too.

You can find the soundtrack on Amazon. It’s on Vinyl, but hey the Vinyl stuff is coming back into fad right?

I’ve got some clips for you though.

The Phoney King of England

All the soundtrack songs!

Well Until Thursday, Happy Listening! See you for The Hunger Games soundtrack! 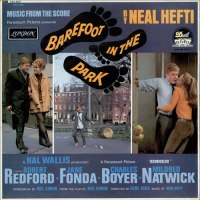 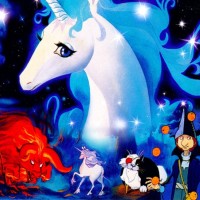