Michelette: How would you feel if you’d been dead a day and a half and someone brought your more bad news?

This early 90’s film brings you the excitement of racing, time travel, music and people from the past all in one movie. We have Emilio Estevez, Mick Jagger and many others in this time traveling romp. It has so much darkness in it, its hard to see people in it.

Here is the basic plot…Early in the 21st century, technological advances have made it possible for aging, wealthy people to pay crooks like Vacendak (Mick Jagger) to go back in time, kidnap young victims like race car driver Alex Furlong (Emilio Estevez) and deliver them to the elderly clients, who then have their brains transplanted into the healthy bodies. Furlong manages to break free from his captors, but as a fugitive, he finds that the world of the future is a bleak, dangerous place.

The film was directed Geoff Murphy and the score is composed by Trevor Jones and there are various artists for parts of the album. Its synthy and very early 90’s but it holds ones attention to the fact that it is a dark science fiction with characters that are kind of throw away.

You can get the album on Amazon.

Hit Between the Eyes – Scorpions

That’s all for today, See you next week when I bring you Medicine Man. Happy Listening! 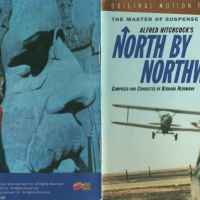 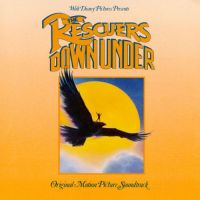